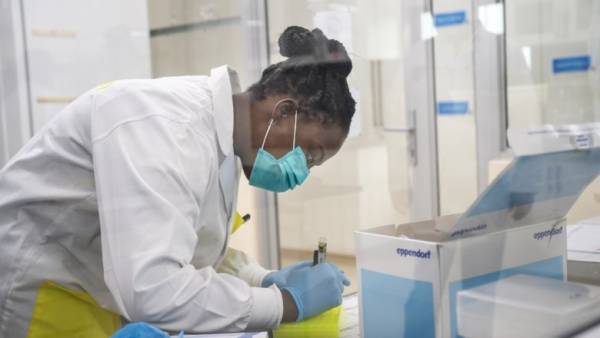 In the Republic of South Africa (South Africa), where a new strain of the coronavirus “omicron” has spread, a decrease in the level of hospitalization has been recorded in recent days, Bloomberg reports, citing the country’s Ministry of Health.

Now the fourth wave of coronavirus is taking place in South Africa, as previously announced by President Cyril Ramaphosa. According to the head of the Ministry of Health Joe Faakhla, according to the results of the second week of the new wave, only 1.7% of those infected with COVID-19 were hospitalized. During the third wave, when the delta strain dominated the country, 19% of infected people needed hospitalization after two weeks.

There were more asymptomatic cases of COVID than thought

On December 14, Discovery Health, the largest private insurance company in South Africa, presented a study according to which the omicron strain causes a less severe course of coronavirus disease than previous variants: it says that the number of hospitalizations of adults with confirmed COVID-19 is 29% lower compared to the first wave that the country experienced in mid-2020. The authors stressed that these are preliminary conclusions based on several weeks of observation, and they may change as the situation develops.

According to Discovery Health Director Dr. Ryan Noah, the omicron strain now accounts for more than 90% of all new COVID-19 cases in the country.

According to preliminary data from South African doctors, omicron is more easily tolerated than delta, but spreads faster. According to the Ministry of Health, in the second week of the new wave, more than 20 thousand infections per day were recorded in the country, and with the “delta” — 4.4 thousand.

South Africa and Botswana became the first countries to detect cases of infection with a new strain. Subsequently, according to the World Health Organization, it was found in more than 70 countries.

The WHO said that the new variant of the virus is spreading extremely quickly, the number of new cases doubles every two to three days. According to preliminary data of the organization, it can reduce the effectiveness of vaccines, but it is more easily tolerated than the delta variant.