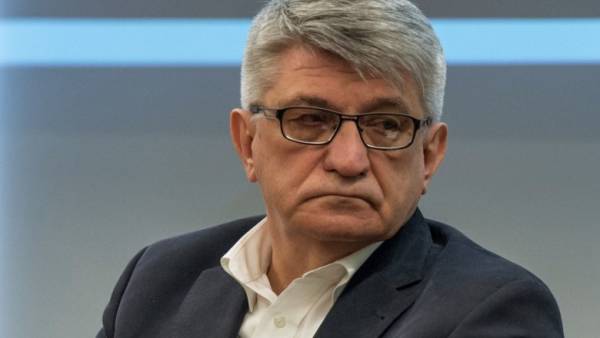 The text of the appeal was included in the internal mailing list of the HRC, excerpts from the document are cited by RBC. Alexander Sokurov wrote that he apologizes for what happened at the meeting of the HRC with the president. He noted that his speech caused outrage “in the national press and the administrative and law enforcement environment.” “I am sure that you have a lot of troubles in the presidential administration. I sincerely regret this,” the appeal says.

The director clarified that he had read the “angry reaction to his behavior” from the press secretary of the president Dmitry Peskov. “He is right — I am an amateur and, apparently, such a person has no place in such a respected professional environment as the council,” Sokurov wrote.

He said that his friends had informed him “about offensive statements from the Chechen sector.” The director is convinced that “no one in the country will defend the honor and dignity” of a member of the HRC. “My friends warn me about the imminent danger of my life. The only guarantee of my life can be the president’s obstruction of such a radical denouement,” Alexander Sokurov is sure.

He added that he considers himself “just a citizen and a craftsman of his workshop.” “I don’t have diplomatic skills. I know that I offended many members of the council by my act and behavior. I apologize to everyone,” it says at the end of the appeal.

The director himself refused to comment on the text of the appeal. The head of the HRC told RBC that he had spoken with Alexander Sokurov and was “trying to calm him down,” he did not give other details.

At a meeting of the HRC with the president, the director proposed to release “everyone who no longer wants to live with us in the same state.” The Kremlin considered that Sokurov “unprofessionally and without knowledge of the subject began to touch on very important, sensitive topics.” The head of Chechnya, Ramzan Kadyrov, believes that the “competent authorities” should check the director’s words “for the fact of an anti-state and extremist nature.” The Chechen parliament asked the head of the TFR and the Prosecutor General to check whether Alexander Sokurov’s statement does not fall under articles about inciting hatred and calls for violation of the territorial integrity of the Russian Federation. The director said that he was afraid of criminal prosecution, but the Kremlin assured that his arrest “is out of the question.”