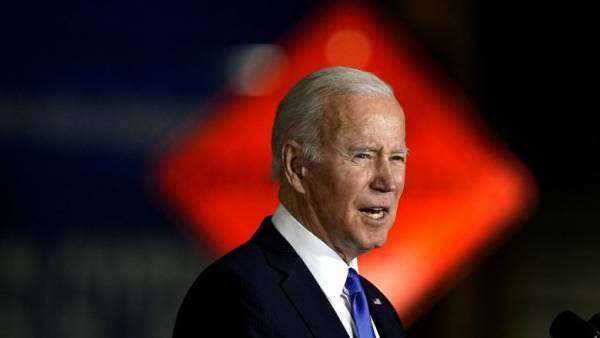 The conversation between the leaders of the two countries took place the day before, 9 & nbsp; December. During the conversation, Joe Biden made it clear that & nbsp; the United States and & nbsp; their & nbsp; allies believe that & nbsp; discussing the situation in Ukraine is impossible without & nbsp; the participation of the Ukrainian authorities, according to the & nbsp; press release of the White House.

Following the conversation, the Presidents of the United States and Ukraine called on Russia to “reduce tensions.” They both “agreed that diplomacy is the best way to make meaningful progress in resolving the conflict,” the White House said. ; According to the & nbsp; press release.

The press service of Volodymyr Zelensky reported that & nbsp; he and Joe Biden discussed aid to Ukraine, Donbass and & nbsp; Nord Stream 2. Their & nbsp; conversation lasted 1.5 hours. Kiev also claims that Washington has promised to provide him with assistance in order to “ fight back at any time. '' The leaders of the two countries also “ exchanged assessments on the & nbsp; progress and & nbsp; results of the negotiations '' President of the United States and & nbsp; Vladimir Putin. Their & nbsp; conversation went through the & nbsp; video link on December 7 & nbsp;