Victoria Nuland: there are fears that Vladimir Putin is seeking to recreate the USSR 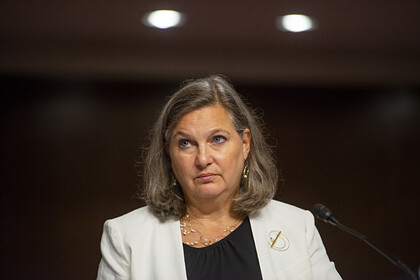 “There are fears that he is seeking to recreate the Soviet Union as a project of his legacy, and then, who knows whether his appetite will be satisfied with what he has eaten or will he decide to go further?” – she spoke out.

Nuland once again warned Russia against “invading Ukraine” and noted that the confrontation with the Ukrainian army would cost “a lot of blood.” At the same time, the level of support for Russia among Ukrainians, she said, “reached an all-time high of 12 percent or so.”

In June, Vladimir Putin found similar problems in the United States and the USSR, and also expressed the opinion that the United The states are following the path of the Soviet Union. “What is the problem with empires – they think they are so powerful,” he said. However, the number of problems only increases, and there comes a time when it is no longer possible to cope with them.