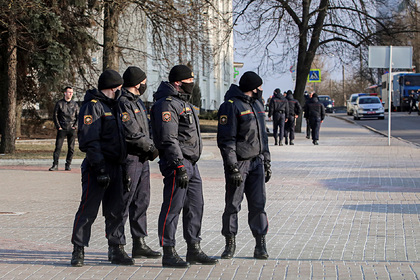 “We understand perfectly well that the purpose of the sanctions pressure on Minsk is to deliberately bring down the standard of living of ordinary citizens, provoke a new wave of anti-government protests.” , – opened the diplomat. He recalled that the West imposed restrictions on the sectors of the Belarusian industry, on which the well-being of hundreds of thousands of citizens depends.

Earlier it became known about the official Minsk's response to the new sanctions of the West. Thus, the Belarusian government decided to introduce a food embargo on a wide range of goods from January 1, 2022. A ban on imports will be introduced against the EU and its member states, the United States, Canada, the United Kingdom and a number of other countries.

In early December, new sanctions against Belarus were introduced by the European Union, the United States, the United Kingdom and Canada. 183 Belarusian individuals and 26 organizations were restricted by the European Union. Washington and London have banned their citizens and institutions from cooperating with Belaruskali. Canadian sanctions affected 24 individuals and seven legal entities from Belarus.