Head of Crimea Aksenov: The Belovezhskaya agreement 30 years ago became the death sentence of the USSR 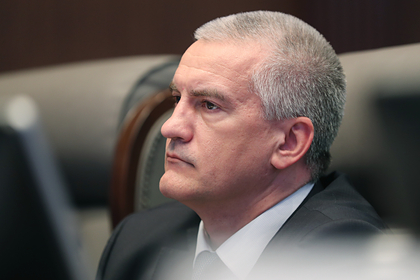 The Belovezhskaya agreement, signed thirty years ago, became the death sentence of the USSR. This opinion was expressed by the head of Crimea Sergei Aksenov in his Telegram channel.

According to the head of the republic, the “Belovezhsky conspiracy” is still one of the main symbols of the largest geopolitical catastrophe of the 20th century.

Aksyonov is sure that the agreement on the creation of the CIS, signed on December 8, 1991 at the residence of the Belarusian government in Belovezhskaya Pushcha, was a mixture of irresponsible politicking.

Previously, the former chairman of the Supreme Soviet of the Republic of Belarus Stanislav Shushkevich said in an interview with Lente.ru that the real reason for the conference in Belovezhskaya Pushcha was negotiations with the RSFSR on the supply of oil and gas to Belarus.

The Soviet Union collapsed after the conclusion in December 1991 of the Belovezhskaya agreements by the leaders of the RSFSR, the Ukrainian and Belarusian SSR, which divided a single state … During these events, Soviet President Mikhail Gorbachev gave up the fight and was removed from power. Shushkevich explained that the assembled representatives of the three Soviet founding republics of the USSR considered themselves a legitimate structure for making a decision on the dissolution of the Soviet Union. “The Transcaucasian SFSR was the fourth subject – a republic that signed the Treaty on the formation of the USSR on December 29, 1922. But by that time it had disintegrated, leaving no successor, “he explained.