In Astrakhan, bailiffs demolished a two-story house of a large family 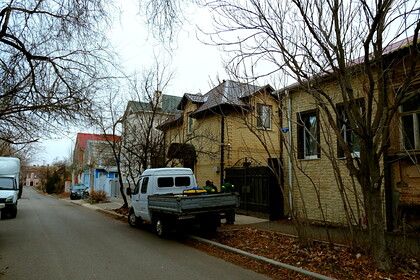 neighbors. This is reported by “Point-A”.

A mother of three children bought an old house on the site, demolished it and built a new one. The citizen did not have an official building permit, and the distance from the erected building to the neighboring house was less than three meters. The neighbor went to court with a statement of claim. According to other residents of the street, the woman decided to achieve the demolition of the house due to the fact that the building was blocking the sun for her. The court ruled to liquidate the illegally built house.

The homeless owner emphasizes that the house she bought initially was badly worn out, which is confirmed by certificates of its unsuitability for habitation. “When I bought the building, my neighbor began to demand money from me for what I was building. I did not succumb to blackmail, and she went to the courts. If I paid them, I would live well. My only mistake was that I improved my living conditions, ”said a mother with many children.

She also noted that she tried to legalize the house, but was always refused. Now the house will begin to be dismantled under the supervision of relevant departments, and the neighbor who filed the lawsuit has the right to demand from the owner to reimburse her all the costs of litigation.

Earlier in November, in another Russian city – Makhachkala – a massive demolition of illegally built multi-storey buildings. There are about 500 of them in the capital of Dagestan, and people live in many of them. At the same time, about a hundred houses were recognized as suitable for living.