SUSMU scientists: COVID-19 is exhausting its potential, omicron may become the last mutation 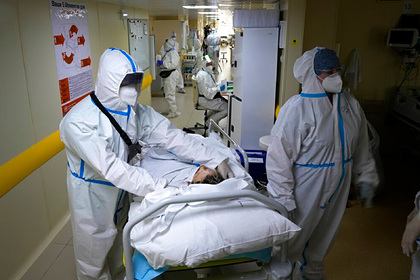 the last mutation of the virus, after which the pandemic will subside. This opinion was expressed by the head of the Department of Infectious Diseases of the South Ural State Medical University (SUSMU) Lyudmila Ratnikova in an interview with Interfax.

“There is evidence that the virus is exhausting its potential. Yes, he is contagious, his contagiousness is high. But the epidemiological activity may be less, and it may not mutate anymore, “Ratnikova believes.

According to the Russian scientist, after the loss of potential, COVID-19 may turn into a” seasonal “disease, which will run with cold symptoms. The researcher believes that the virus will cease to massively cause severe forms of the disease, the person will cope with it himself.

Earlier, the RAS virologist Pyotr Chumakov called the omicron strain a live vaccine due to its reduced pathogenicity. People who will be infected with the new strain will become resistant to disease-causing variants, he said.

Rospotrebnadzor confirmed the first cases of the omicron-strain in Russia on Monday, December 6. It was found on two Russians who flew in from South Africa. In addition, strains of coronavirus in another 10 tourists, whose PCR tests were positive, are still being determined.