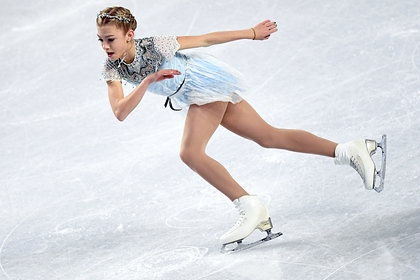 became a coach at the age of 16. This was reported in the Instagram of the sports school “League of Figure Skating”.

“Alena Dmitrievna works with the senior and junior sports group of the branch in the SC” Molodezhka “,” – said in the message. School representatives clarified that Kanysheva will act as assistant coaches.

In January 2020, the athlete announced that she was retiring from single skating due to an injury that prevented her from performing difficult jumps. Kanysheva switched to ice dancing and began to perform in tandem with Andrey Pylin. Together they won the Ice Star international tournament.

The best result in a skater's career is third place in the final of the Junior Grand Prix in the 2018/2019 season. She also became the champion of international competitions Tallinn Trophy-2016 and Golden Bear of Zagreb-2018.