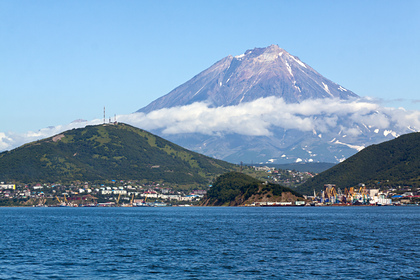 popular places in Russia. Writes about this TJ.

Thus, the organization decided to draw the attention of travelers “to the incredible and unusual places that are in Russia.” According to National Geographic representatives, the installations will inspire people to travel more and appreciate the surrounding beauty.

It is noted that the frames were installed in the Mamison Gorge (North Ossetia), on Mount Bermamyt and Mussa-Achitara (Karachay-Cherkessia), in the marble canyon Ruskeala and in the Kizhi Museum-Reserve (Karelia), in Teriberka (Kola Peninsula), in the mountain village of Gamsutl, near the watchtowers of the Goor village and on the observation deck near the village of Kharachi (Dagestan), in the Nikola Art Park -Lenivets “(Kaluga region) and in the museum-reserve” Divnogorye “(Voronezh region).

Earlier in August, the most beautiful preserved fortresses in Russia were named. Among them were the Pskov Fortress and its Kremlin, the Ivangorod Fortress in the Leningrad Region and the Novgorod Detinets from Veliky Novgorod.