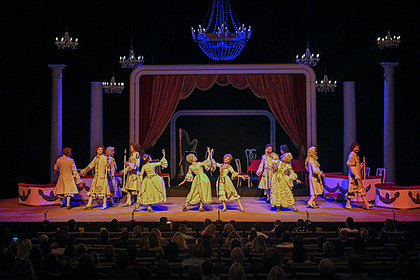 in foreseeable future. The ex-artistic director of the Moscow Art Theater named after Gorky Eduard Boyakov spoke about this in an interview for Izvestia.

“Alas, there is such a topic, they are discussing it at the highest level. This does not mean that the merger is about to happen. This means that they are discussing it, that's for sure, “Boyakov said, noting that it is” terrible and stupid “, since you cannot find more different theaters.

In October this year, the general director of the Gorky Moscow Art Theater was businessman Vladimir Kekhman was appointed, a month later the former director and artistic director Eduard Boyakov resigned from the theater, who wrote a statement of his own free will.