RBC: prices for building materials in Russia may rise 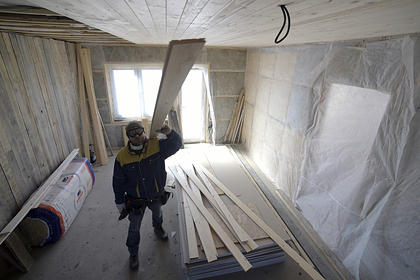 crushed stone producers. This was announced by the head of Karelia Artur Parfenchikov in a letter to First Deputy Prime Minister of Russia Andrei Belousov dated December 1, RBC writes.

Previously, the mineral extraction tax (MET) was charged on the building stone from which crushed stone is produced. Now, the tax authorities are increasingly demanding to pay MET for crushed stone, which will increase fees by 3-15 times, since it is more expensive than stone, Parfenchikov writes. The head of the region recalled that the procedure for calculating severance tax on a building stone was in effect for 20 years. He also warned that an increase in taxes could lead to an increase in wage arrears, a reduction in personnel, a decrease in the competitiveness of products and an increase in the cost of building roads and houses.

The Head of Karelia asked Belousov to give instructions to work out the issue of changing tax legislation and clarify the procedure for taxation in the extraction of minerals. Parfenchikov proposed to make changes from the beginning of 2022 and not to collect taxes for the previous three years.

According to Rosstat, crushed stone producers were selling it in October 2021 at 586 rubles per cubic meter – four percent more than a year ago. Purchase prices for construction organizations increased by 10 percent over the year and amounted to 1.5 thousand rubles per cubic meter in September. The agency did not publish the prices for building stone, however, the vice-president of the National Aggregate Company Sergei Glebov said that crushed stone is five to six times more expensive than building stone. Crushed stone is used for the production of concrete and reinforced concrete, increasing the strength of these materials, as well as in road construction.

Glebov said that for the first time producers in the Chelyabinsk and Sverdlovsk regions faced additional mineral extraction tax on crushed stone in 2019, after which the practice spread throughout the country. Maxim Goncharov, general director of the Russian office of the manufacturer of building materials LafargeHolcim, said that his company also received demands for recalculating the mineral extraction tax. The accrual of additional taxes will lead to an increase in the price of crushed stone by at least 10 percent, Goncharov estimated. According to Glebov, the material will rise in price by 15–20 percent, since producers will have to pay not only taxes, but also penalties and fines.

Goncharov believes that the increase in taxes will lead to bankruptcy of enterprises and a shortage of rubble. He said that the interdistrict tax inspectorates for the Chelyabinsk region filed a bankruptcy petition for the Biyankovsky crushed stone plant. In December, the parties entered into an amicable agreement, according to which the plant pledged to pay 127.7 million rubles – 79.7 million is tax, the rest of the amount will go to pay penalties and fines.