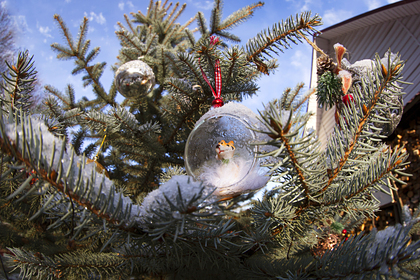 19 percent in annual terms – up to almost 5 thousand rubles. This is the conclusion reached by analysts from the Chek Index resource of the OFD platform operator of fiscal data (part of the Sberbank ecosystem), RIA Novosti reports.

The Christmas set includes an artificial spruce, Christmas balls, a star on the top of a Christmas tree garlands, tinsel, champagne and tangerines. Goods rose in price against the background of a surge in demand: in November, it grew by 80-90 percent compared to last year. Analysts pointed out that Russians have adapted to the changed conditions of trade, which, due to the pandemic, mostly went online.

Analysts concluded that Russians in general began to buy goods from this set more often. The growth in sales was influenced by greater enthusiasm for the celebration compared to the previous year, when, due to restrictions on the epidemiological situation and lack of snow, consumers did not actively prepare for the New Year and made fewer purchases.

At the same time, manufacturers and retailers predict that by the New Year a number of goods in Russia may rise in price by 3-7 percent against the background of increased demand. First of all, we are talking about meat, eggs, milk, cheeses, sausages, vegetables and fruits, fish, sweets and alcohol. In addition, before the holidays, prices will also jump on perfumes, jewelry and cosmetics that Russians buy as gifts.