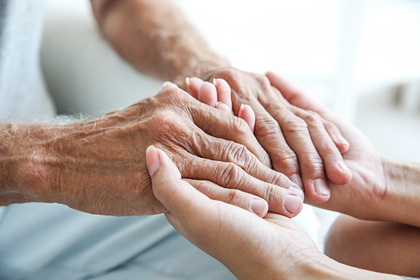 A student from Myanmar was looking for a rich man on the Internet, fell in love the pensioner is 57 years older than her and is now planning to marry him. The story of a couple with a big age difference is published by the Daily Star.

Joe, a 20-year-old student, met 77-year-old British music producer David on a dating site. The girl said that she was looking for a wealthy man so that he could financially support her during her studies. In order to attract wealthier candidates, Jo has indicated her UK location.

“This it was an ordinary life. ”She fled from Stalin, and he fled from Hitler. Then they got married and killed thousands of crocodiles 00:03 – 26 January 2018

New acquaintances began to communicate every day, and their bond continued to grow. Despite the fact that David did not have the opportunity to financially provide for the girl, he became an adviser and mentor for her. For a year and a half, the couple corresponded and called each day.

David explained that he is very young at heart and cannot imagine himself next to a woman of his age. According to him, Joe is perfect for him. He was captivated by her tenderness and kindness.

The lovers hope that they will meet in the UK and discuss joint plans for life. “I would like to marry her also because it will give her some security. As for the kids, I never wanted them, but if Joe wants to, who knows? ” – noted the Briton.

Earlier it was reported that a 55-year-old resident of Missouri, USA, married his beloved, who is 28 years younger than him. For almost a year now, Americans have been married, and during this time their union has been criticized more than once on the Internet. In particular, the woman was called a money hunter, and her husband was called a pervert.