Economists cut their forecast for UK economic growth to 5.1 percent for 2022 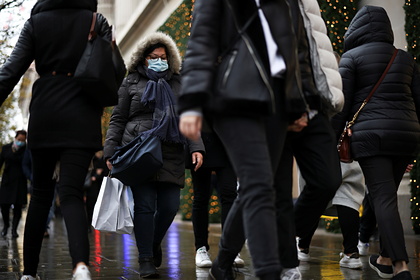 Britain may lag behind other advanced economies for the consequences of the omicron strain and the reduction in business investment. The Federation of British Industry (CBI) and the international auditing company KPMG came to similar conclusions. Their forecasts were published by The Guardian.

CBI representatives are confident that the recovery growth of the British economy will slow down. They cut their growth forecast for 2022 to 5.1 percent. A more pessimistic prediction relates to low production volumes in the country and ongoing problems with global supply chains. Export recovery will be weak amid 2021 results, according to the CBI. The country's households will remain a key driver of economic stimulus, accounting for 90 percent of growth in 2022 and two-thirds of GDP in 2023. Households' ability to pay will also contribute to the savings they accumulated during the pandemic. Unemployment, according to analysts' forecasts, will grow slightly as a result of the cancellation of government benefits, its level will return to pre-crisis: 3.8 percent by the end of 2023.

The auditing company KPMG also published its forecast, which turned out to be even more gloomy. According to its results, the country's economic growth, at best, will be at the level of 4.2 percent in 2022. At the same time, the indicator takes into account the situation in which the omicron strain of coronavirus will turn out to be a “false alarm” for the whole world.

In turn, any additional restrictions early next year that the government will impose in connection with the omicron strain will only worsen the prognosis. In this case, KPMG predicts, the growth of the British economy in 2022 could slow down to 2.6 percent.

Common concerns of representatives of KPMG and CBI also relate to the reduction in investment in British business, which is one of the main obstacles to the country's economic recovery in the future. “We must develop the potential of our economy. I know from conversations with companies of all levels that they have ambitious plans to grow their business, but in 2023 we may see a record decline in investment, ”said CBI CEO Tony Dunker. According to him, this may be due to the plans of the British Treasury to abolish the previous exemptions and increase the corporate tax from 19 percent to 25 percent.

The executive director of the UK branch of KMPG John Holt shares the concerns of the representative of the British industry. “Long-term economic growth continues to depend on the UK's ability to increase productivity, reduce uncertainty and give businesses the confidence it needs to invest,” he said.

The UK's economic woes are also linked to its exit from the European Union. Experts pointed out that due to Brexit, the country in particular faced a labor shortage. Thus, the shortage of personnel, which began in agriculture and the hotel business, soon spread to almost the entire medium-sized business sector. Surveys showed that a shortage of workers caused a decrease in production capacity and a decrease in product inventories.