Economist Kolganov: The US and EU will not prohibit the exchange of the ruble, since the sanctions will harm them 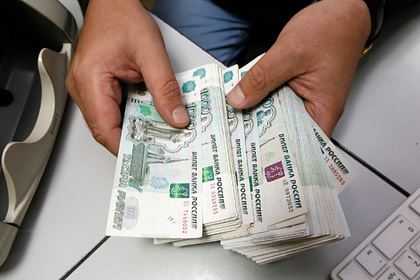 Professor, leading researcher and head of the laboratory of the Faculty of Economics of Moscow State University, Andrei Kolganov, in a conversation with Lenta.ru, doubted that the United States and the European Union would impose restrictions on the exchange of the ruble.

Blocking the conversion of the ruble into the dollar, euro and pounds sterling will significantly complicate international payments, which will negatively affect the economic development of Russia, since “we are highly dependent on international trade,” the economist said. However, first of all, concrete consequences will come for counterparties abroad who will not be able to receive payments in a freely convertible currency on time, he added.

“It will be impossible to impose sanctions on us for this, because any such restrictions, adopted in the form of political decisions fall under the definition of force majeure, so we will not be held liable for delayed payments, “Kolganov noted.

According to the economist, Western countries are unlikely to introduce such sanctions, as how it would harm their own international trade and economic relations with Russia. “That is, in this case, they will pay for the sanctions partly out of their own pockets,” Kolganov concluded.

Earlier it became known that the US and the EU are considering the possibility of introducing new sanctions against Russia if it “attacks” Ukraine. There are restrictions on the conversion of the ruble into dollars and other foreign currencies, which should affect the largest banks in the Russian Federation and the Russian Direct Investment Fund (RDIF).