Biden's advisor Sullivan: The US still does not believe that Russia has decided to attack Ukraine 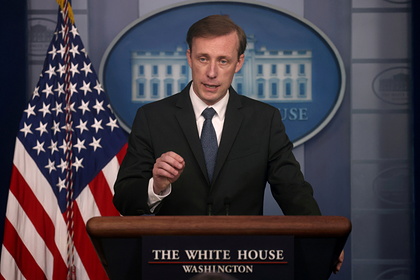 The US still does not believe that Russia decided to attack Ukraine. This was stated by the US President's National Security Advisor Jake Sullivan, RIA Novosti reports.

According to him, the White House still does not see signals indicating President Putin's decision to invade. Nevertheless, he noted, US leader Joe Biden warned his Russian colleague about the consequences of the attack during the December 7 talks and gave advice on “how to avoid it.”

as if Russia is ready to attack Ukraine with half of all ground forces. According to her, Moscow plans to involve in the military operation “about 100 battalion tactical groups, or practically all combat-ready ground troops west of the Urals.”

On December 4, American intelligence “discovered” that Russia is planning to invade the territory Ukraine, and drew up a map of the proposed offensive on several fronts. The Kremlin denied this information. Kremlin spokesman Dmitry Peskov described reports of an alleged invasion as an information campaign aimed at presenting Moscow as a threat to the settlement process in Ukraine.