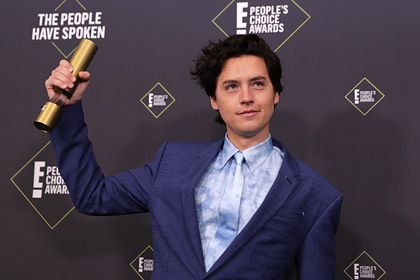 top, or the Life of Zach and Cody “and” Riverdale “Cole Sprouse bought a house in Los Angeles. The property is considered the former possession of screenwriter Millard Kaufman, who created the character of the famous cartoon Mister Magoo, reports Dirt.

The actor's new home is located in the Hollywood Hills. The house was built for Kaufman in 1949 and they belonged to him until 1997. The seller has owned the property since 2016 when he bought it for $ 2.3 million. Sprouse paid almost three million dollars for the house (more than 221 million rubles).

The 232 square meter house is located on a plot of less than a hectare. Inside there are four bedrooms, three bathrooms, a kitchen combined with a living room and a dining room. The interior is decorated in light colors with accents in the form of bright furniture and massive wooden beams. The plot also has a 111 square meter terrace and a double garage. The rooms overlook the valley.

In April 2021, Riverdale creator Roberto Aguirre-Sacasa sold his home in the Nichols Canyon area of ​​the Hollywood Hills. He raised $ 2.3 million from the deal (at that time more than 175.7 million rubles). The producer managed to find a buyer in two days.