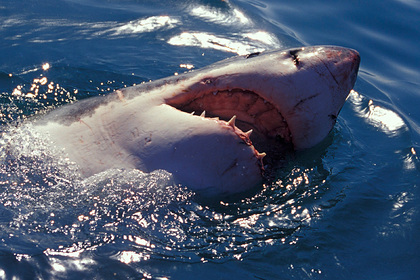 swimming time at Ocean Grove beach. This is reported by the Daily Mail.

Eyewitnesses said they were swimming when they heard the screams of two teenagers. After that, they saw how a 15-year-old girl beat the shark that attacked her and her friend, drove the predator away and thereby saved everyone.

Related materials00:05 – September 8, 2019 ” Doom hung in the air “They found themselves in the sea among the sharks and died one after another. Survivors were rescued by Soviet sailors 00:01 – 18 February

“Then you wonder how you stayed alive.” The fearless woman swam with the most dangerous sharks all her life. She is 86 and still diving

“At first we thought they were playing, and then they started screaming that they were bitten by a shark,” eyewitness Peter Hobbs said.

Diana Hobbs, a former nurse from the traumatology department, also saw the moment of the attack. She provided first aid to the victims before the arrival of the doctors. An ambulance arrived at the beach and took the teenagers to the hospital. The condition of both is assessed as stable.

“The girl got a couple of bites. One – on the right leg below the knee, the other – in the arm. She saw a shark and beat her, “- said Hobbs.

The woman noted that the shark bit a 16-year-old boy on the back. The young man was released from the hospital after being treated with a minor injury. The girl is still under medical supervision.

Ocean Grove Beach on the Bellarin Peninsula has been closed until further notice. Local authorities have not yet revealed what species of shark attacked the teenagers, but they hope to get more information after talking with the victims. Rescuers plan to launch a drone and a light aircraft over the ocean to find and identify the shark, as well as to make sure it is not near the beach.

Earlier it was reported that in Puerto Rico, surfer Rolando Montes managed to escape from the swimmer. sharks. Such attacks in the waters around Puerto Rico are extremely rare: the last known case was recorded in 2011, and then a person also managed to escape.