In the Khabarovsk Territory, a 14-year-old student who killed a classmate was sent under house arrest 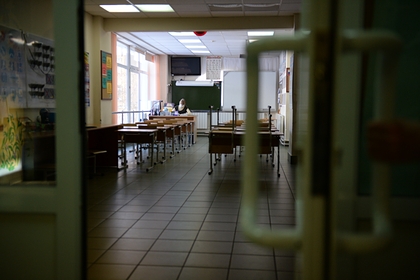 In Komsomolsk-on-Amur, Khabarovsk Territory, sent house arrest of a 14-year-old schoolboy who killed a 13-year-old classmate. This was reported on Tuesday, December 7, to Lente.ru by the regional department of the Investigative Committee of Russia.

According to the investigation, on December 3, in secondary school No. 6, two seventh-graders had a falling out in biology class. One of the schoolchildren insulted another, because of which the teenager in response hit him on the head with his fist. The doctors tried to reanimate the child, but he died in the school building.

On this fact, criminal cases were initiated under part 4 of article 111 (“Causing serious harm to health, resulting in death by negligence”) and part 2 of article 293 ( “Negligence”) of the Criminal Code of the Russian Federation.

The teenager was charged.

The investigation continues. Investigators interrogate the boys' parents, teachers and classmates. The version of the inaction of the school administration employees is being worked out.