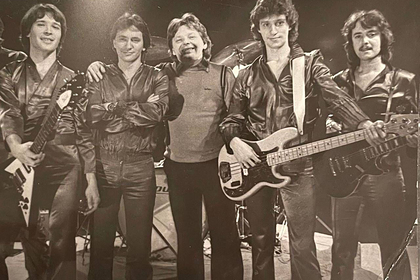 The founders of the Zemlyane group Vladimir Kiselev and Igor Romanov are preparing a gift for their fans: for the first time they will perform the hit “Believe in a Dream” together with Yuri Antonov. Recently, a video from the group's rehearsal before its performance on the stage of the State Kremlin Palace was posted on the network.

Now the Zemlyane group is preparing to perform at the Golden Gramophone national music award ceremony. A video of rehearsals has appeared on the Internet, in which the founder and drummer of the band Vladimir Kiselev sings part of the song “Believe in a Dream”, which was included in the band's disc in 1982.