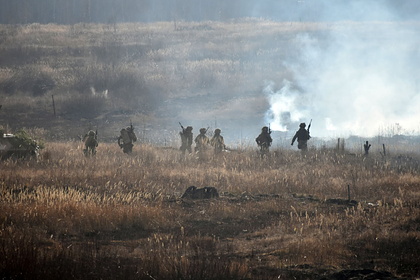 The European Union will not accept any aggression against Ukraine and will respond harshly if Russia will try to carry out an attack on it. This was stated in an interview with Lenta.ru by the official representative of the EU foreign policy service Peter Stano.

“Our position is very clear: the EU does not accept any aggression. We will take the side of Ukraine and will support it in the face of any aggression, “the diplomat promised.

According to him, if the invasion of Ukraine nevertheless occurs, it will have the worst consequences. “The European Union will defend Ukraine, we will support it. We will not allow any aggression or violation of its rights, its sovereignty, its territorial integrity. Otherwise, the EU and the entire international community will be forced to react. And I dare to assert that our reaction in scale and strength will be more significant than in 2014, “he said.

Earlier, a high-ranking US administration official said during his speech that the United States, together with the European Union developed economic countermeasures against Russia in the event of its allegedly possible invasion of Ukraine. According to a US administration official, this will cause “significant and serious damage to the Russian economy if they decide to do this.”

The Kremlin called reports of an allegedly impending Russian invasion of Ukraine an information campaign emanating from the West. Its goal is to present Moscow as a threat to the settlement process in Ukraine.