Former Zenit footballer Roman Maksimyuk: lost everything he earned in the casino 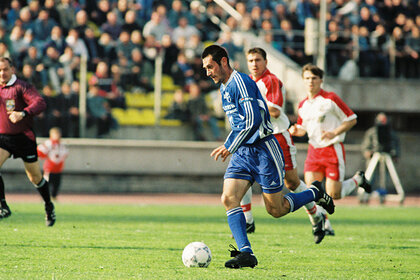 Former footballer of Zenit St. Petersburg and Ukraine Maksimyuk told that he suffered from gambling addiction. This is reported by Fanday.

According to the player, his addiction to the casino has completely ruined him. He stressed that he had lost all the money. Now, according to Maksimyuk, he works as a loader.

The Ukrainian also said that he bought three apartments in Ivano-Frankovsk for the bonus for the victory with Zenit in the 1999 Russian Cup. Later, all this property had to be sold for the sake of one apartment in Kiev. During the divorce, Maksimyuk left his living space to his ex-wife.

Maksimyuk played with Zenit from 1998 to 1999. He also has five matches for the Ukrainian national team. The midfielder ended his career in 2011.