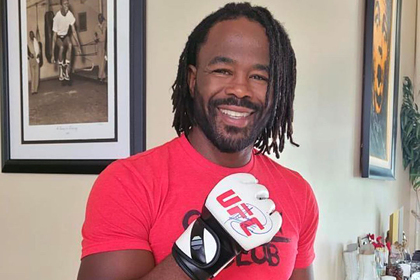 Eagle FC league tournament. This is reported by Yahoo Sports.

Evans, who retired in 2018, will return to fighting for the Khabib Nurmagomedov League tournament. The fight will take place in the United States in January 2022. The American's rival has not yet been announced.

Evans signed a contract with Nurmagomedov's promotion on December 7. In the main duel of the tournament, fighter from the Netherlands Tyrone Spong and Brazilian Antonio Silva will meet.

Nurmagomedov after the end of his career bought the Gorilla Fighting Championship promotion and relaunched it under the name Eagle Fighting Championship. In late November, he announced that Eagle FC would host an event in Miami with three or four notable fighters whose names the fighter did not name.