CNBC: fires in Siberia, the United States and Turkey have broken the record for planetary pollution by emissions 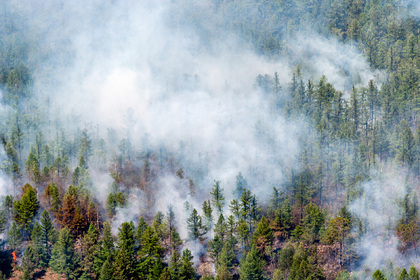 Siberia is one of the most dangerous for the planet. Experts have come to the conclusion that fires in Russia, the United States and Turkey have led to the highest level of atmospheric pollution in almost 20 years, CNBC reports.

According to Copernicus, in 2021, carbon dioxide emissions from fires around the world for the first time since 2003, they reached 1.76 billion tonnes – almost double the total emissions in Germany. In many ways, this level of harm to the environment, according to experts, is associated with forest fires in Siberia, Turkey, Tunisia and the western part of the United States. NASA noted that for the first time smoke from fires in Russia overcame three thousand kilometers and reached the North Pole, and smog from fires in the United States crossed the Atlantic Ocean and reached Europe.

Sopernicus analysts explained that the emergence of long-term foci fires were influenced by climate change – 2020 and 2021 were among the hottest and driest on record. Favorable conditions for fires were created by high temperatures, strong winds and other extreme weather events.

The area of ​​fires in Russia was also called a record one. According to Greenpeace, the scale of forest burning in Siberia turned out to be greater than in other countries of the world. The region was engulfed in more than 170 fires, the fire destroyed 20.7 thousand square kilometers of forest – an indicator 10 times more than the damage from the Dixie fire in California. According to experts, fires in Siberia in 2021 were stronger than those in Greece, Turkey, Italy, the United States and Canada combined.