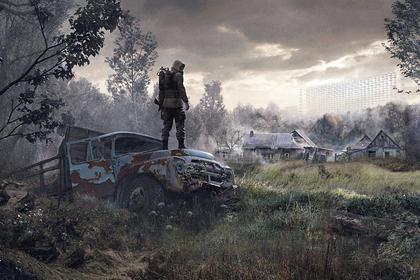 To install S.T.A.L.K.E.R. 2 will require about 180 gigabytes of disk space on your computer or console. This is reported by the Wccftech edition.

Media journalists drew attention to the changed page with the game on the Xbox website. In the additional information section, a clarification has appeared that the title will take about 180 gigabytes of disk space. The data is inaccurate, since the final size of the files will depend on the version of the game and the platform on which it will be launched.

The authors noted that the page with the game was recently edited. So, in mid-June, representatives of GSC Game World announced the system requirements and features of the new product. It turned out that S.T.A.L.K.E.R. 2 will take at least 150 gigabytes of disk space. S.T.A.L.K.E.R. 2 on the Unreal-Engine-5 engine will be a very, very big game, “the experts emphasized.

The authors also noted that gamers may have a problem with a lack of free space on the device. According to them, the new game is quite resource-intensive, so it is recommended to install it on SSD-drives. “No other game required 180 gigabytes at launch,” TechRadar reporters confirmed the fears of colleagues.

S.T.A.L.K.E.R. 2 is scheduled for April 28 and will be released on PC as a temporary Xbox Game Pass exclusive.