RBC: a court in Denmark ruled to remove the arrest from the research vessel Akademik Ioffe 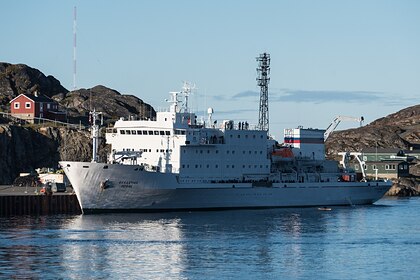 – research vessel “Akademik Ioffe”, detained by local authorities in early November. The ship was allowed to leave the territory of the country, writes RBC, citing a source in the Ministry of Education.

The department added that now the Danish authorities are awaiting a document confirming the decision to lift the arrest. In addition, the Ministry of Education and Science is already expecting the return of the ship to Russia.

The detention of the Russian ship “Akademik Ioffe” became known on the afternoon of November 4. Onboard there were 38 crew members and 23 researchers. The lawsuit, on the basis of which the ship was detained, was filed by the Canadian company One Ocean Expeditions Ltd. According to some reports, this is a debt to the charterer.

Akademik Ioffe belongs to the Shirshov Institute of Oceanology of the Russian Academy of Sciences. The ship is named after the Soviet physicist Abram Ioffe and was built in 1988. Among other things, it was used for experiments on long-range sound propagation in the ocean.