The Dagestan State Puppet Theater opened after a major overhaul 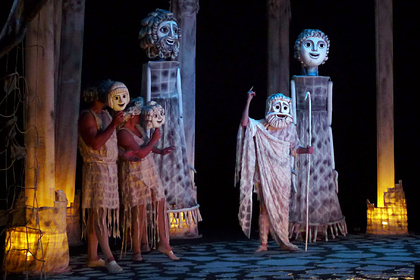 The Dagestan State Puppet Theater, located in Makhachkala, opened after a major overhaul. This was reported by RIA Dagestan.

Artistic director and director of the institution, Aminat Yakhyaeva, told reporters that as part of the repair, the workers made cosmetic repairs, updated the roof and heating system, and installed new chairs in the auditorium. “Months of preparation and experience. But everything paid off, one had only to see the long-awaited spectator rushing to our theater. So, everything worked out! ” – Yakhyaeva said.

It is noted that in 2022 the theater will purchase a bus for the troupe's tour and new lighting equipment within the framework of the federal project “Culture of the Small Homeland”.

The XIV International Christmas Festival of Arts has started in the Novosibirsk Region. The theater event will run until December 18.