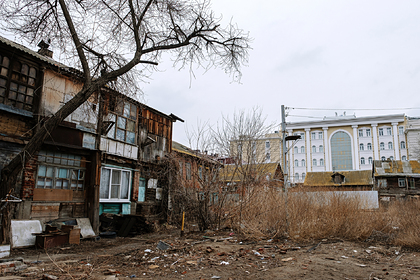 Russian Prime Minister Mikhail Mishustin resettlement of Russians from emergency housing to the regions will be allocated more than 100 billion rubles. This was reported on the website of the Cabinet.

The funds will accelerate the implementation of the project “Ensuring a sustainable reduction of uninhabitable housing stock.” As a result, they plan to relocate more than two million square meters of emergency housing. The money was allocated from the government reserve fund. According to Mishustin, the measure will provide citizens with modern and comfortable apartments and houses.

The Prime Minister also signed an order on the allocation of 1.2 billion rubles for the modernization of infrastructure in the regions. Funds from the reserve fund will be sent to St. Petersburg, where structures that protect the city from flooding are being reconstructed. Courtyards and public places will be improved in the Pskov region, treatment facilities will be repaired in Kursk, and work will be carried out in the Kamchatka Territory to increase the resistance of houses to earthquakes.

In October 2021, Russian President Vladimir Putin proposed to consider the allocation of several billions of rubles for the resettlement of residents of emergency houses in the Sakhalin region. They wanted to allocate funds from the reserve fund of the Cabinet, the implementation of resettlement measures was estimated at 4.6 billion rubles.