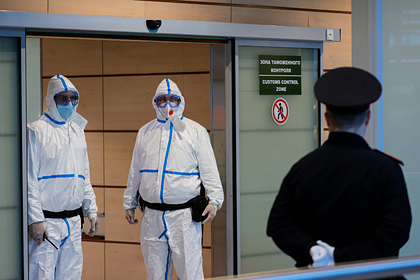 The new omicron coronavirus strain can contribute to the formation of herd immunity in Russia. Such a plus for the emergence of a new version of COVID-19 was named by the virologist, professor of the Gamaleya Research Center for Epidemiology and Microbiology Alexander Butenko, his words are quoted by Gazeta.ru.

Butenko noted that the emergence of new strains of coronavirus can also lead to positive effects, such as reduced virulence.

“It is encouraging that in different countries there are hundreds, maybe thousands of cases, but not a single death. Apparently, this is associated with an easier course of the variant, “Butenko said.

According to him, the virus can mutate into a variant that is safe for humans, which will contribute to the formation of natural immunity. The virologist cited a live yellow fever vaccine as an example.

“It was developed many decades ago from an active and very dangerous virus that causes hemorrhagic fever. no symptoms, it develops immunity, “said the virologist.

Butenko stressed that if the weak pathogenicity of the omicron strain is confirmed, then it can be used to form collective immunity. However, this assumption should be substantiated by molecular genetic studies, observations and time.

Earlier, RAS Corresponding Member Sergei Netesov compared the displacement of one strain of coronavirus by another with car racing. At the same time, the scientist doubted that the omicron would become the last version of COVID-19. According to him, “either the more productive varieties, or those that multiply faster, can displace other strains.”