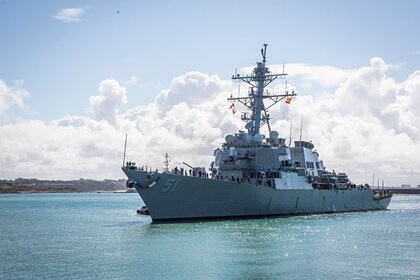 Missile destroyer Burke-51) The US Navy (Navy) has entered the Romanian port of Constanta on the Black Sea for a planned visit. This was announced by the US Sixth Fleet on Twitter.

On November 25, the missile destroyer Arleigh Burke entered the Black Sea to begin work with NATO allies and partners in the region. The Russian Armed Forces began tracking the ship.

As stated by the Secretary of the Security Council of the Russian Federation Nikolai Patrushev, Russia will closely monitor the actions of the NATO armed forces near its borders. He also noted that the United States and its allies are creating a favorable information background for them in order to build up military power and intensify intelligence activities.