NATO veteran Atlamazoglu: anti-ship missiles “Zircon” can become an obstacle for the US and NATO ships 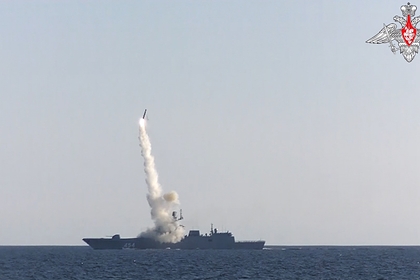 NATO veteran Stavros Atlamazoglu hypersonic anti-ship missiles (ASM) “Zircon” a serious obstacle to the strikes of the US Navy and NATO warships on Russia. He wrote about this in an article for 19Fortyfive.

According to him, thanks to the Zircons and the S-300 and S-400 air defense systems, the Russian army will create a kind of “umbrella” in the Crimea and the Baltic Sea, which in the West is called the Anti-Access/Area Denial (A2/AD).

The observer added that the anti-ship missiles are capable of speeds of Mach nine and hit targets within a radius of thousands of kilometers. According to Atlamazoglu, such weapons will allow sinking ships and shooting down NATO aircraft approaching the Crimea and the Baltic.

On November 27, it was reported that the Reutov NPO Mashinostroyenia began serial production of the latest Zircon hypersonic cruise missiles. They noted that “state tests of this product from a surface carrier will continue.”