Binoculars were opened in Nizhny Novgorod, it shows Bolshaya Pokrovskaya Street 100 years ago 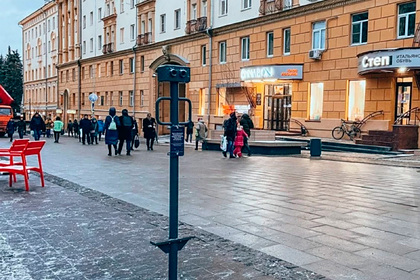 Pokrovskaya street 100 years ago. This is reported by “Sobaka.ru”.

It is specified that the device appeared near the Lobachevsky State University. “View of Bolshaya Pokrovskaya and the Church of the Intercession of the Most Holy Theotokos. Around 1910 “, – it is written on a plate next to him.

Chairman of the Legislative Assembly of the Nizhny Novgorod region Yevgeny Lyulin said that they plan to install eight such binoculars in the city. They will be located in all districts of Nizhny Novgorod. Residents and tourists will be able to see the appearance of the street in the direction in which the device is installed.

Earlier it became known that a new art space “Millionka” will appear in Nizhny Novgorod. It is planned to be located on the territory of Kozhevennaya Street and adjacent lanes. They decided to devote this project of historical and cultural tourism to the history of the poor who lived in the 19th century. As Alexander Serikov, Chairman of the Board of the Nizhny Novgorod Land Foundation, explained, the future Millionka will demonstrate the system of values ​​of the environment and everyday life of the Nizhny Novgorod vagrant, in which Maxim Gorky created his works.