Dnipro Customs: Sich-2-30 satellite was sent to the USA for launch into space 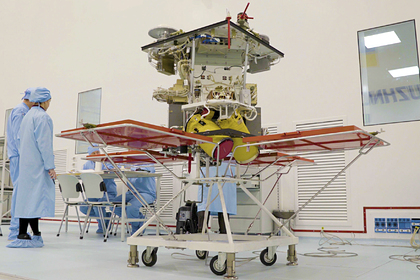 Ukraine sent an artificial satellite to the USA for launch into space. In the United States, the Ukrainian aircraft “Sich-2-30” will be received and prepared for launch into space by the Space X company, owned by businessman Elon Musk. The planned passage of the border was reported to the customs of the city of Dnipro (formerly Dnipropetrovsk – approx. “Lenta.ru” ).

“Customs formalities have been completed, and the Ukrainian satellite Sich-2-30 has been sent in the United States, without deviations from the schedule, “- said the customs officials. The satellite was produced in Dnipro as part of the National Space Program of Ukraine.

“Ukraine is always shooting itself in step “How will the next aggravation of the conflict between Moscow and Kiev turn out for Ukrainians? 00:02 – December 3 planets compete for space

Ukrainian President Volodymyr Zelensky on February 2 instructed the country's state space agency to ensure the launch of a satellite in 2021, timed to coincide with the 30th anniversary of Ukraine's independence. Despite the fact that the Sich-2-30 apparatus was assembled back in 2019, its launch will eventually take place after Zelensky's deadline – January 10, 2022.

The satellite will go into orbit using a Falcon rocket 9 by SpaceX. The agreement with SpaceX became known on March 5, 2021, the cost of launching a satellite for Ukraine was one million dollars.

Earlier, the Musk space company was named controlling more than a third of all Earth satellites. As part of a project to deploy a global Internet network, the American businessman plans to send more than 42 thousand satellites into the planet's orbit.