The head of the Ministry of Emergency Situations of Kazakhstan: the military are guilty of the death of rescuers at a warehouse in the Zhambyl region 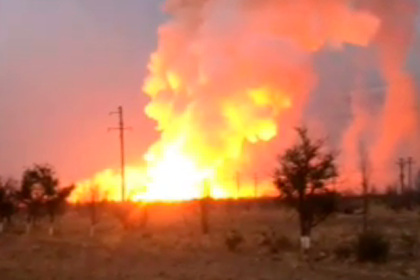 a burning ammunition depot in the Zhambyl region has no explosion threat. This was stated by the head of the Ministry of Emergency Situations of the republic, Yuri Ilyin, writes “Sputnik Kazakhstan”.

He named the leadership of the military department and the facility itself as those responsible for the deaths of the employees of the Ministry of Emergency Situations. According to him, they did not inform the rescuers about the absence of any other threat at the fire site, except for the TNT stored in the warehouse. At the same time, Ilyin drew attention to the fact that at high temperatures the explosive should simply burn out, and not detonate.

The Minister noted that the Ministry of Internal Affairs is now continuing the investigation, and the Ministry of Emergency Situations is helping law enforcement officers to understand the causes and consequences of the explosion. He also added that during the past checks, a number of violations were identified and a criminal case was initiated.

On August 26, a fire broke out at an ammunition depot located on the territory of a military unit in the Zhambyl region, followed by explosions of ammunition. In total, 17 people died as a result of the incident, 10 of them were rescuers. The number of victims exceeded 90.