Ministry of Health: an employee of the Tuvaasbest combine was removed from the rubble and amputated both legs 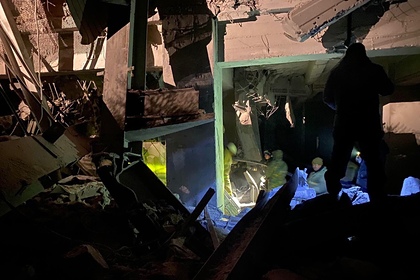 of the former mining and processing plant “Tuvaasbest” in the city of Ak-Dovurak, is in serious condition. This was reported to TASS in the regional Ministry of Health.

According to doctors, the victim received severe injuries and hypothermia. He is in a republican hospital.

According to the head of Tuva Vladislav Khovalyg on his VKontakte page, the man had both legs amputated.

“Doctors and rescuers acted professionally and did everything to save his life. For this, a team of disaster medicine doctors had to amputate both of his legs. This decision was hard for everyone, “the governor wrote.

The tragedy during the dismantling of the unexploited 13-storey building of the Tuvaasbest combine became known on December 5. Structures collapsed. As a result, one person died, two more were injured. It took the rescuers more than nine hours to find the second victim. In the area where the victim was located, rescuers installed heat guns to maintain the temperature necessary for life.