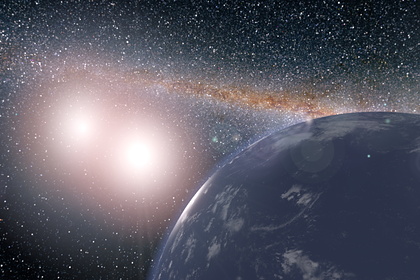 The V1298 Tau reached their final size very early in their evolution. This is reported in an article published in the journal Nature Astronomy.

Researchers have measured the mass of two giant planets orbiting a young solar-type star V1298 Tau, only 20 million years old. It turned out that the size of these planets is slightly smaller than Jupiter, and their orbital periods are 24 and 40 days.

Theoretical models indicate that giant planets begin their evolution as objects of much larger size, and later contract during hundreds of millions or even billions of years. But, since the V1298 Tau system is young enough, the discovered giant planets refute this hypothesis, since they are already close in size to the gas giants of the solar system.

Scientists do not yet know if the V1298 Tau system is a normal case and is similar whether its evolution is the fate of most planets. If so, then the formation of planets such as Jupiter and Saturn could be very different from modern ideas.