Deputy Shkhagoshev: Biden is interested in normal relations with the Russian Federation for his authority 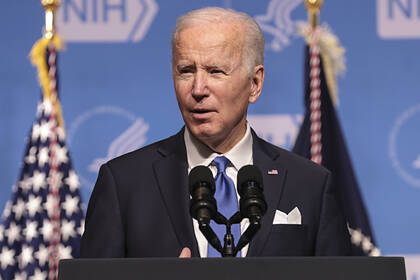 US President Joe Biden is interested in normal relations with Russia, so that maintain its authority and demonstrate the ability to find a common language with Russian leader Vladimir Putin. This was the reason given by State Duma Deputy Adalbi Shkhagoshev, RIA Novosti reports.

“Not because he loves and respects Russia very much, but in order to maintain his authority within the country, he must show that he finds a common language with the coolest politician in the world now – Putin, “the parliamentarian said.

Shkhagoshev added that at present this could lead to the normalization of relations between Moscow and Washington. According to him, how Biden will cope with the situation will be shown by time and the results of the conversation with the Russian leader.

The deputy expressed confidence that the conversation will be mutually beneficial, since it is equally necessary for Russia and the United States as decisive countries.

Earlier, Shkhagoshev said that the United States lacks the potential courage to impose serious economic sanctions against Russia. The parliamentarian stressed that restrictions have been discussed for a long time, but such a scenario will not be implemented, Washington will not agree to this, although Moscow is ready for anything.