ATOR: Sochi and Istanbul became the most budget travel destinations in December 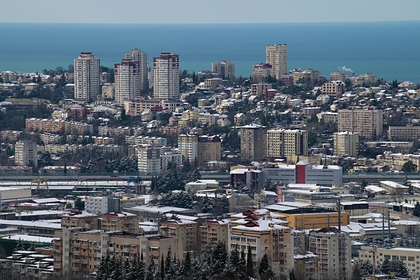 Sochi, Istanbul and Crimea became the most budgetary travel destinations for Russians for the New Year. This information appeared on the website of the Association of Tour Operators of Russia (ATOR).

Thus, tours to Sochi for ten nights with a flight from December 24 to 30, accommodation in a two-star hotel and breakfast-based meals can be bought for 34.3 thousand rubles for two travelers, in Istanbul – for 53.2 thousand, in Crimea – for 60.7 thousand.

Armenia is named in fourth place in terms of accessibility – the cost of rest in the republic starts from 74 , 3 thousand rubles for two. The voucher includes flight, accommodation in a three-star hotel and meals based on breakfast. Egypt closes the top five – a New Year's tour for two vacationers in a five-star hotel with all-inclusive meals will cost at least 82.3 thousand rubles.

Cyprus, Greece, UAE, Uzbekistan are also profitable destinations. and Serbia – the cost of vouchers varies from 83.6 to 134.5 thousand rubles. The most expensive countries for winter holidays are Venezuela, the Dominican Republic and Mexico, where prices for vouchers range from 264 to 423.9 thousand rubles.

In November, Dmitry Gorin, vice president of the Association of Tour Operators of Russia (ATOR), noted “Explosive demand” for foreign holidays among Russians during the New Year holidays. The expert clarified that the demand for overseas destinations increased by at least 30 percent.