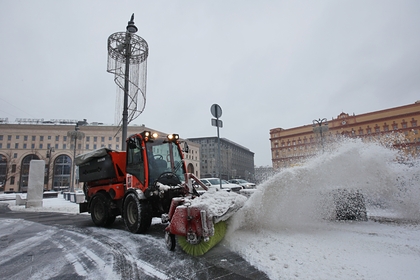 The temperature on December 7 will be above normal, Leus said. This will be facilitated by a Balkan cyclone from the southwest, he added. Sleet is expected in the metropolitan area. According to Leus's forecast, in Moscow a day can fall from 10 to 15 millimeters of precipitation, which is almost a quarter of the monthly norm.

Earlier, the leading specialist of Phobos told about the weather for the next three days in the central part of the European the territory of Russia: a Balkan cyclone will pass over the country, it will bring a large amount of precipitation and a cooling. “Tomorrow Russia will fall under the influence of another Balkan cyclone, which will come from the southwest. There is a lot of moisture in it, since it was born in the seaside region, “- said the meteorologist.