During the repair in the toilet of the American mega-church, thousands of bags with money were found 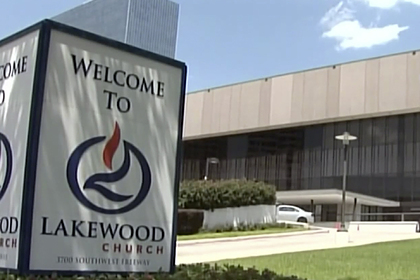 In the American city of Houston, Texas, a plumber found thousands of packages with money. Reported by KPRC-TV.

Related materials 00:05 – 5 September 2018 Riddle of a Monk Bloody murder, poison and a jump from the tower. Many mysteries surfaced in the ancient monastery 00:01 – May 30

Faith grew stronger. Where did museums with dinosaurs in Noah's Ark come from in the United States and why does not bother anyone

In November 2021, during repairs, about three thousand bags with money and checks were found in the wall of one of the megachurch toilets. “I removed the insulation and about 500 bags fell out from under it,” the plumber told 100.3 The Bull radio station. How the money ended up in the toilet, and whether the find was related to a theft seven years ago, has not yet been established.

Pastor Joel Austin was questioned by police, The Daily Boulder reported. Austin preaches at Lakewood Church and is considered an ardent supporter of the so-called prosperity gospel: the belief that wealth goes to the most devout Christians. His fortune is estimated at $ 50 million (3.7 billion rubles).

Earlier it was reported that the American preacher Kenneth Copeland called the vaccinations the seal of the Antichrist and explained that he needed a private plane to protect him from them. In 2018, the preacher demanded that parishioners donate $ 19.5 million (1.4 billion rubles) to build a hangar and repair the runway.