DPR head Pushilin: under Zelensky, on the contact line in Donbass, everything went haywire 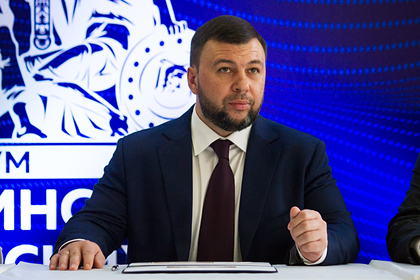 dangerous tendencies during the development of the conflict in Donbass. If clashes on the line of contact escalate into a war, Pushilin plans to turn to Russia and Belarus for help. The words of the head of the unrecognized state are reported by TASS.

“We see that the situation is degrading. Under [Ukrainian President Volodymyr] Zelenskiy, things went haywire. This is a dangerous trend that could ultimately lead to full-scale hostilities, ”said Pushilin. In his opinion, the observance of the Minsk agreements has finally ceased to worry the Ukrainian side.

In addition, Pushilin shared his fears about the fate of people during the conflict. “As the head of the republic, I am primarily worried about the civilian population, which, as we are well aware, Ukraine will simply destroy, regardless of anything,” he said and added that the threat to the population could force him to turn to Minsk for help. and Moscow.

Earlier in the DPR, distribution of party tickets to United Russia began. The first 100 people became members of the ruling Russian party, including Pushilin, as well as the head of the self-proclaimed Luhansk People's Republic Leonid Pasechnik.