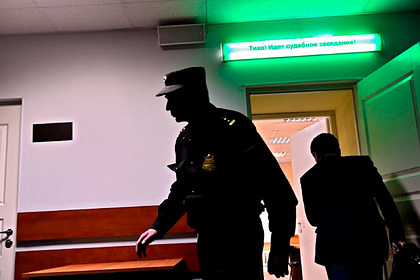 The court ordered the journalist of the “Kholod” publication Sofya Volyanova to pay 300 thousand rubles to the former teacher of the Herzen Russian State Pedagogical University and politician Alexander Kobrinsky. The ex-professor won a case against Volyanova, the basis for which was the journalist's text about his relationship with students and alleged harassment. The editor-in-chief of the publication Taisiya Bekbulatova told about this on her Facebook page.

The Petrogradskiy District Court of St. Petersburg partially satisfied Kobrinsky's claim against Volyanova, according to Bekbulatova's publication. The journalist was ordered to pay Kobrin compensation for moral damage in the amount of 300 thousand rubles. Volyanova clarified on her Facebook page that the court satisfied the claim for defamatory information. The author of the text added that she was also obliged to post a retraction on her Facebook.

At the same time, according to Bekbulatova, the publication will not delete the text about Kobrin. Volyanova plans to challenge the court verdict in the appellate instance. As noted by the journalist, the court decision “did not unsettle them.” The author of the text also emphasized that she does not regret the work spent on the article and that because of the material she ended up in court.

Earlier it became known that blogger Ilya Varlamov lost the case because of his publication about signs in Petrozavodsk, in which he called local businessmen “shit guards.” The court ordered Varlamov to pay compensation to the plaintiffs, remove the text and publish a refutation.