Senator Ryazansky: I am in favor of retirees having less reason to go to the authorities 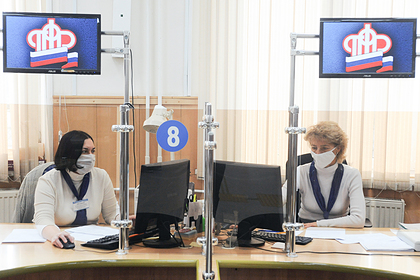 Deputy Chairman of the Federation Council Committee on Social Policy Valery Ryazansky in an interview with “Lenta.ru” said that the decision of the Ministry of Labor of Russia to update the procedure for payment of pensions will help facilitate the implementation of some of the procedures of the Pension Fund, and therefore will improve the life of pensioners.

Earlier, the department decided to update the procedure for paying pensions in Russia for two categories of citizens. In particular, the new rules will apply to Russians who receive a survivor's pension and disability pension. The second category will include those whose work experience is too short for the appointment of an old-age pension and there is a shortfall in pension points. Now, for a one-time payment of pension savings, these categories of citizens will need to submit an application on the portal of public services. The new rules will come into force on July 1, 2022.

Fewer reasons to go through the courts

The senator positively assessed the initiative of the Ministry of Labor. In his opinion, the innovation will simplify and speed up the procedures for receiving pensions.

“These are working changes, they all simplify and speed up the procedures. I am in favor of retirees having fewer reasons to go to the authorities. I have a very respectful attitude towards the client service of the Pension Fund, this is really a wonderful opportunity for a pensioner to sort out issues of interest one on one with a specialist, but nevertheless, some procedures in order to solve them are not worth the time it takes to spend on them … It is necessary to simplify life in such moments “, – said the senator.

According to him, this initiative is aimed at stricter regulation of the process of interaction of the Pension Fund with clients. This is done so that, according to Ryazansky, no one can dispose of his savings without the consent of the pensioner.

“The Pension Fund has developed a large social system. It is also related to the exchange of information between large departments. Thanks to this digital technology, many issues are resolved without the presence of a citizen, but some cannot be resolved that way. Nothing revolutionary is happening here, it's just a work issue. Many pensioners do not know about their savings due to the fact that they have not invested the funded component for so long. The task of the Pension Fund is to be sure to notify pensioners and determine the procedure when they can receive these funds. Some savings are more significant than for a one-time payment, and then the question arises of how to pay a pensioner a pension: throughout his life or for a shorter period, for example, ten years every month. These issues cannot be resolved without the consent of the pensioner, “said the deputy chairman of the specialized committee of the Federation Council.

Earlier it became known that the Ministry of Labor had prepared a draft on the remote assignment of pension payments. A lump sum payment is made by the Pension Fund or non-state pension funds, depending on where the citizen's savings were formed.