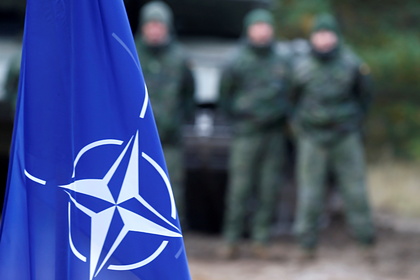 Currently, at least ten NATO military facilities are located on the territory of Ukraine. about 4 thousand US military and about 8.3 thousand military from other countries of the North Atlantic Alliance. The scale of NATO's presence in the country was revealed by journalist Alexander Kots in his article for KP.RU.

According to the sources of the correspondent, familiar with the situation, 400 alliance fighters from the USA, Great Britain, Canada, Denmark, Sweden, Poland and Latvia are on a permanent basis at the Yavoriv training ground near Lviv. Since April this year, specialists working there have already trained 13 battalions and eight brigades of the Armed Forces of Ukraine (AFU) in accordance with NATO standards. In addition, it is known that representatives of American intelligence agencies are also located in the part of the Operational Control Center for ships in Ochakov, which was built by the United States for Ukraine. Also, at present, in Mariupol and Berdyansk, with the support of Washington, two new naval bases are being built, which in the future, according to experts, will also be used by the military of the North Atlantic Alliance.

According to sources in the Russian special services, since February 2019, Pentagon experts on transnational threats have also been in Ukraine. They, in particular, hold consultations for the Security Service of Ukraine (SBU) on the organization of sabotage in the Russian direction. Thus, on the initiative of American intelligence, a sabotage and reconnaissance department has already been created in the SBU, the main task of which will be to organize operations in other countries.

“The Americans themselves recruit candidates for this top-secret unit. Since mid-2019, instructors of the US CIA have been conducting sabotage training of employees of the diving special department and the 6th Directorate of the SBU Special Operations Center. At the expense of American funds, a training ground for the training of snipers and divers of the Ukrainian special services near Svetlovodsk is being equipped, ”said one of the interlocutors.

In addition to the United States, MI6 British foreign intelligence officers also take part in the training of the Ukrainian military. So, they organized a three-week training course at the military-diplomatic academy of the Main Intelligence Directorate of the Ministry of Defense of Ukraine, and also began training sabotage groups at the 73rd Naval Special Operations Center in Ochakov. There, in particular, they are practicing operations that can later be carried out in the Azov and Black Seas and in the Crimea.

“Not every NATO member today can boast of such an abundance of all kinds of Alliance structures on its territory, like Ukraine. .. De facto NATO has already approached our borders. It just doesn't advertise it too much, “the article says.

Earlier in December, Russian Foreign Ministry spokeswoman Maria Zakharova said that Ukraine’s NATO membership would become a“ red line ”for Moscow. The diplomat noted that drawing Kiev into the military orbit of the alliance, the de facto beginning of NATO's development of the military infrastructure of this country, the desire to turn it into a springboard for confrontation with Russia are fraught with serious negative consequences.