ATOR: the cost of vouchers to Turkish resorts increased by 116 percent 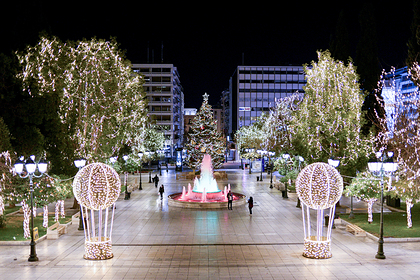 higher prices for trips abroad for the New Year. This is reported by TASS.

“Indicators of growth in minimum prices for New Year's tours (departure at the end of December) compared to the end – beginning of December look like this: Egypt – plus 104.7 percent, the Dominican Republic – plus 107.6 percent, Turkey (Antalya) – plus 116 percent, Mexico – plus 126.5 percent, Hungary – plus 170 percent, ”the expert said.

“Average prices for tour packages already sold before December 6 Volume 24 – 30 December in popular hotels, compared to departures at the end of November, show us that Sochi, Istanbul and Antalya are among the top three in terms of affordability for the New Year, ”concluded the executive director of ATOR.

Earlier in November, tourism industry experts warned Russian travelers about a possible increase in the cost of holidays in Turkey in 2022. The fall in the Turkish lira exchange rate and the increased demand of foreign tourists for travel to the republic may lead to the fact that next year prices at the country's resorts may rise up to 60 percent.