President Putin: Sputnik V vaccine is one of the most effective and safest 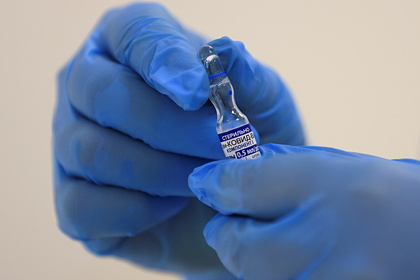 Russian President Vladimir Putin named the Russian vaccine Sputnik V »One of the most efficient in the world. He stated this during a video link with the head of the International Federation of Red Cross and Red Crescent Societies (IFRC) Francesco Rocca, RIA Novosti reports.

Millions of people who have received the vaccine, and the analysis of the information received suggests that that the Russian vaccine is one of the most effective in terms of protection against COVID-19 and safe, bearing in mind almost the absence of any consequences

Vladimir PutinPresident of the Russian Federation

Putin also expressed hope that the IFRC will contribute to the promotion of Sputnik V in the world, including at the level of the World Health Organization (WHO). This will open the door to wider distribution of the vaccine, the Russian leader said. In addition, the president added that new strains of the coronavirus will return even to countries with high vaccination rates. To prevent this from happening, he called for “to unite efforts at the international level.”

On December 1, the president spoke about the end of the pandemic. He stated that “one day she must be defeated,” after which life will return to normal. The head of state also expressed the hope that with the end of the spread of the virus, the ambassadors who arrived in Russia will have the opportunity to travel around the country.

Prior to this, Putin commented on the emergence of the omicron strain, noting that you need to be prepared for any changes in the coronavirus.

First of all, it is necessary to constantly monitor the effectiveness of tests and vaccines, use clear algorithms to reduce the spread of infection

Vladimir PutinPresident of Russia Sputnik V “? 102countries are open for entry by the grafted” Sputnik V “

On December 5, Saudi Arabia allowed entry to people vaccinated with “Sputnik V” from January 1, 2022. Saudi Arabia has become the 102nd state to approve the Russian vaccine. However, the country will be able to be visited by believers who make a pilgrimage to the shrines of Islam in the cities of Mecca and Medina.

Prior to that, in November, Israel opened its borders to foreign tourists vaccinated with Sputnik V, subject to certain conditions. Thus, travelers will be able to enter the country provided that they are vaccinated and have not visited the country on the COVID-19 “red list” in the last 14 days. However, tourists vaccinated with Sputnik V will have to be in quarantine until the serological test results are received.

In addition to these countries vaccinated with Sputnik V, Belarus, Bosnia and Herzegovina, Hungary are ready to receive them without a PCR test. Georgia, Egypt, Cyprus, Tajikistan, Tunisia, Turkey and other states.

WHO on Sputnik V

In December, WHO said that an inspection by European experts to assess the Russian drug for coronavirus Sputnik V will take place no earlier than January 2022. WHO representatives met with members of the Russian Direct Investment Fund (RDIF) to discuss the need to share more information on the quality, safety and efficacy of the vaccine. The WHO said that the company has pledged to provide a detailed roadmap for data submission so that the organization can accelerate the evaluation of the vaccine.

At the same time, the head of RDIF Kirill Dmitriev explained the delay in the approval of Sputnik V by bureaucratic obstacles.

< p>The Russian Ministry of Health maintains close ties with WHO, and we understand that there are still small obstacles on our way, but they are exclusively bureaucratic

WHO noted in mid-November that in October RDIF “signed all the necessary legal agreements required for an EUL assessment,” which is a “prerequisite for all applicants.” However, on the way to the recognition of the drug, the Russian side must provide updated information on the “corrective and preventive measures (CAPAs)” related to inspections at enterprises. Once the application and all materials have been received and reviewed, “the applicant will be given a decision on the need for an on-site verification inspection.”

European Medicines Agency (EMA) spokesman Fergus Sweeney stated on November 18 that experts continue to evaluate the Russian vaccine against COVID-19 Sputnik V. He promised to inform when scientists will move on to the next stage of checks.

According to Anatoly Altstein, a researcher at the Gamaleya Research Center for Epidemiology and Microbiology, the approval of the Russian Sputnik V coronavirus vaccine by the European Union (EU) may occur immediately after approval WHO. If WHO approves the Russian drug by the end of this year, then the European regulator, EMA, can do this, he noted. Altstein admitted that the current delays in the approval of the Russian vaccine may be related to the difference in production standards.