US Secretary of State Blinken: the threat to Ukraine from Russia is very serious 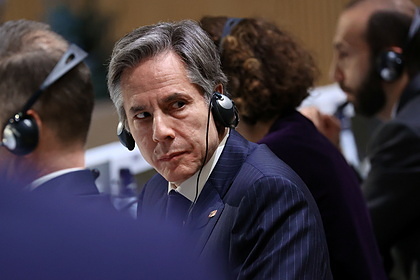 US Secretary of State Anthony Blinken ” serious. ” His words are reported by TASS with reference to the press service of the State Department.

“It is very serious, because what we observed is the concentration of significant forces near the border with Ukraine. We have seen efforts to destabilize within Ukraine, a propaganda campaign against Ukraine in social networks, which has increased by about ten times in scale, “he stressed.

He added that Washington is striving for” stable, predictable ” relations with Moscow, however, in the event of aggression towards Ukraine, Russia will face certain consequences. “I hope this will affect the calculations of President Putin and Russia will choose a different course,” said the Secretary of State. Blinken also recalled that the United States witnessed the “invasion of Russian forces” into Ukraine in 2014.

Earlier in November, Blinken warned that Russia would face consequences in the event of an attack on Ukraine. “This is not an alliance planning aggressive actions against Russia. Unfortunately, the only aggression that we have seen in recent years came from Russia, ”Blinken said.