Press secretary of the leader of the Russian Federation Peskov: it is not known to what extent the partners will show political will 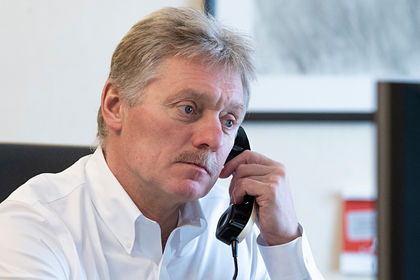 Kremlin spokesman Dmitry Peskov said that it is not known to what extent the partners in the United States can show political will and provide guarantees for the security system. He stated this on the air of Channel One,

According to him, Russia does not yet know to what extent its partners will show the appropriate political will and agree to such contacts, but the Russian Foreign Ministry has such an order. “And I have no doubt that our diplomats, high professionals headed by Sergei Viktorovich Lavrov, they will look for interlocutors to start such negotiations, but we'll see if they succeed or fail,” Peskov hoped.

Also the press -secretary of the President of the Russian Federation recalled the initiative of the Russian leader Vladimir Putin, “which is more urgent than ever: to convene a summit of the five Security Council in order to discuss global challenges and solutions.” “We have not yet managed to agree on these schedules with the Americans. There is no such political will yet, “Peskov noted.

On December 6, the American television channel CNN, citing anonymous sources, reported that the United States was planning to introduce a new package of sanctions against Russia. The project includes the so-called “nuclear option” – disconnecting Russia from the international payment system SWIFT. In the spring of 2021, the European Parliament adopted a non-binding resolution according to which these sanctions will be applied in the event of a Russian invasion of Ukraine.