Investigative Committee of the Russian Federation: in Magadan they opened a case after an incident with icing of an S7 aircraft 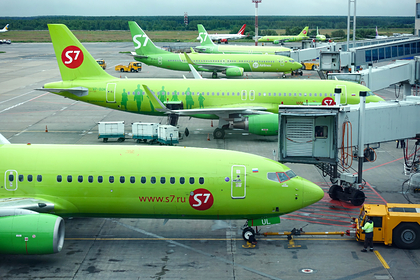 by the Russian airline S7, flying from Magadan to Novosibirsk. This was reported to Lente.ru in the regional department of the Investigative Committee of Russia.

During the pre-investigation check, materials on the fact of providing services that did not meet safety requirements were separated into a separate production.

Earlier Rosaviatsia announced that it will investigate the incident with the icing of the S7 aircraft. The investigation will be carried out by the central office of the department. Anvar Shaikamalov, head of the flight safety inspection department of the Federal Air Transport Agency, has been appointed chairman of the commission.

The plane's emergency landing became known on Friday, December 3. The incident took place the day before, on December 2. Almost immediately after takeoff, the autopilot suddenly turned off, and a second later turned on again. Then the pilots saw a signal about icing of the engines, the board began to “fall through”, dangling from side to side. They managed to plant him in Irkutsk.